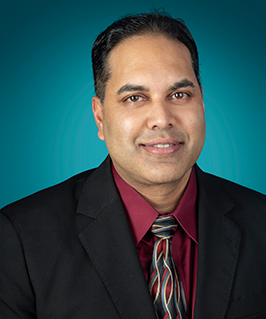 Tarik Husain, MD is a board certified plastic surgeon with a subspecialty in hand surgery.

Dr. Husain received his medical degree from the University of Southern California Keck School of Medicine in Los Angeles. He then completed an Orthopaedic Surgery Residency, with an emphasis on Sports Medicine from Tripler Army Medical Center. After completion of his training, Dr. Husain was stationed in Korea and Germany as a United States Army Orthopaedic Surgeon. He treated a wide range of combat trauma, as well as sports injuries, for our country's soldiers, including those injured in Iraq and Afghanistan.

He also served as Deputy Commander (second in charge) as an Army Major for the 212th Combat Support Hospital, in charge of over 250 soldiers, doctors, nurses, and other medical personnel. He was invited by the Hungarian Surgeon General to provide instruction to their military surgical team, as well as being invited by the Bulgarian military medical team to provide training for their soldiers. During his time in the military, he became board certified in Orthopaedic Surgery and also received a subspecialty certification in Sports Medicine.

After thirteen years of dedicated service in the United States Army, and seeing the need for reconstructive surgery for combat injured soldiers, he decided to pursue another residency in Plastic and Reconstructive Surgery at the University of Miami. He completed his Plastic/Aesthetic surgery residency successfully and continues to be an assistant professor at the University. He provides clinical instruction to plastic surgery residents and sponsors journal clubs for the University of Miami Plastic Surgery residency. After graduating from his plastic surgery residency, he went on to complete a hand/microsurgery fellowship at the University of Texas Southwestern in Dallas, TX, which has been ranked the top plastic surgery training program in the country. During this time, he worked under Dr. Rod Rohrich, who is the editor and chief for the top plastic surgery journal in the world (Plastic and Reconstructive Surgery Journal). He also trained under Dr. Douglas Sammer, who is a well published Mayo Clinic trained hand surgeon. During his time at UTSW he performed technically difficult surgeries such as finger replantation and microvascular free tissue transfer. He also refined his aesthetic surgery techniques while working with some of the country's top aesthetic surgeons, performing breast augmentations, rhinoplasties, and face lifts. He has won first place in multiple research competitions and has presented his studies at national academy meetings. He has written multiple chapters in plastic surgery textbooks. He has gained an international reputation outside of Miami as well, and has many out-of-state, and out-of-country patients.

Dr. Husain is a board-certified Plastic and Aesthetic surgeon. He has proven to be a safe, ethical, and competent plastic surgeon after undergoing rigorous written and oral board examinations by the American Board of Plastic Surgery. He has an additional subspecialty certification in hand surgery, making him a quadruple board certified surgeon. His professional interests are primarily aesthetic and hand surgery. His hobbies include boot camp training, snowboarding, weight lifting, running, and travel.

In summary, Dr. Husain brings a wealth of experience to his office and is looking forward to providing only the topmost quality of care and ultimate satisfaction to his patients. If you would like to learn more about Dr. Husain, we invite you to his personal website here.